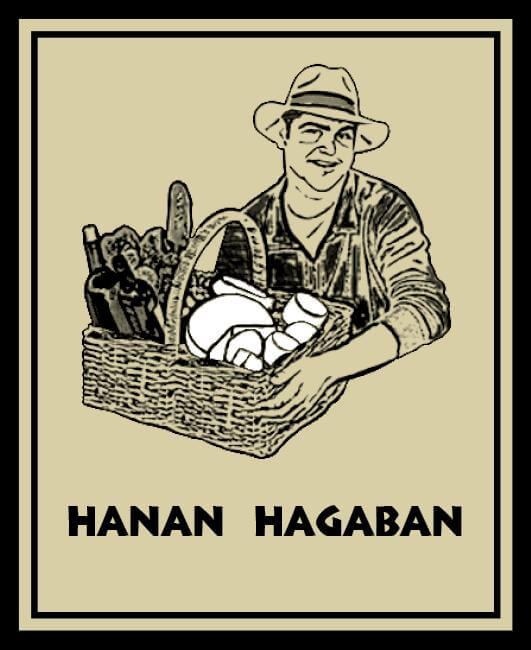 Traveling from Cuneo towards the Alps on the border of France, there on the mountain slope, in the farm Des martin, it’s where I learn the secrets of Castelmagno cheese making.

The two-lane road becomes a seemingly road that climbs and winds along the mountainside, an abyss on the right side of the vehicle, all green around, plenty of trees and flowers, and from time to time the road is crossing a small river that has been created from the snow thawing. Hard uphill driving using first gear, we keep on climbing when suddenly a truck comes in front of us. I say decisively, “I’m not going back!”

Motkeh the milkman who sits beside me gets out of the car and speaks “Italian” with his hands, the driver accepts his request and starts driving back. My heart returns beating in its regular beat-rate…

After a few moments I manage to get past the truck and we continue on the winding road up the mountain.

We arrive at the Des martin farm in the village of Valliera: several houses on the mountainside, everything is built of granite and slate quarried on the mountain, the scenery is intoxicating, and the feeling is that the time in the place stopped somewhere in the beginning of the last century…

About one hundred inhabitants have lived in Valliera for hundreds of years. The area is adjacent to the the French border that has moved several times over the course of history.

The place was abandoned during World War II. The owner of the place could tell me that the Italian partisans fought the Germans in the area, until eventually, the lack of water, electricity, and food overwhelmed the villagers and they moved down, to the lower slopes of the mountain.

In 2007 six partners were given the place by the Italian government, and by an investment of two million euros to date, the upper part of the village has been renovated.

In Des martin they grow about 30 cows grazing on the mountainside. In their dairy they make the Castelmagno D.O.P dalpeggio cheese, or in short, the Castelmagno of the Alps.

There are several amazing cabins that have a log fireplace, a balcony overlooking the view, a kitchenette and an attic bed, all in authentic design with modern touches.

The place is frequented by hikers who go on mountain trips in the Alps or looking for a vacation in a quiet and beautiful romantic place.

While we were there, I met a writer from Finland who came to write a new novel – it is certainly an inspiring place …

In 2012, they started making the Castelmagno cheese again, and in 2015 the place was opened for hosting visitors.

The next morning, we start making the cheese.

It begins with the arrival of the milk in a truck from the slopes of the mountain, where the cows are milked in a portable milking machine that can follow the herd movement.

The milk is channeled through a tube into the coagulation tank. Warming the milk to a temperature of 34 degrees, adding an enzyme, waiting an hour and then cutting the curd. A ten-minute wait and a second cutting session is done to the size of a risotto.

The curds are then transferred to baskets for 12 hours at a temperature of 18° C. After that time period the cheese is cut into large lumps and soaked in the whey for three days.

The next process is to crumb the curds using a meat grinder. The curds are then salted in coarse salt and transferred into cylinder-shaped stainless-steel molds.

When inserting the curds, it should be pressed and tightened with the palm. The next step – placing a stencil in the shape of the cheese logo, covering the mold and placing it in the press for twenty-four hours.

The next step is the process of ripening (aging the cheese) in several basements, led to by old stone steps.

The cheese wheels move from the dairy to the first basement, where at ten degrees the cheese dries for eight days to create the first crust of cheese.

After the drying room, the cheese moves to the basement on the lower level, where on the wooden shelves it is aged for a year.

Water from the nearby river flow into the ripening room to create humidity in it.

After a year, the cheeses are packaged in vacuum and move to another cellar until they are sold.

We go up to the tasting room to taste the cheese – a cheese with a sour taste and a gritty texture.

We return to the room, light the fireplace, open a bottle of local wine and look out to a breathtaking view.

Tomorrow we continue to the next point.

It is worth waiting! 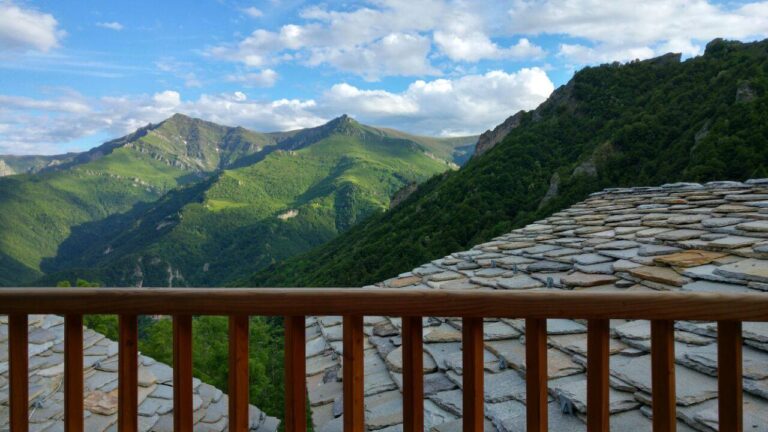 The highlight of the trip to the Italians Alps 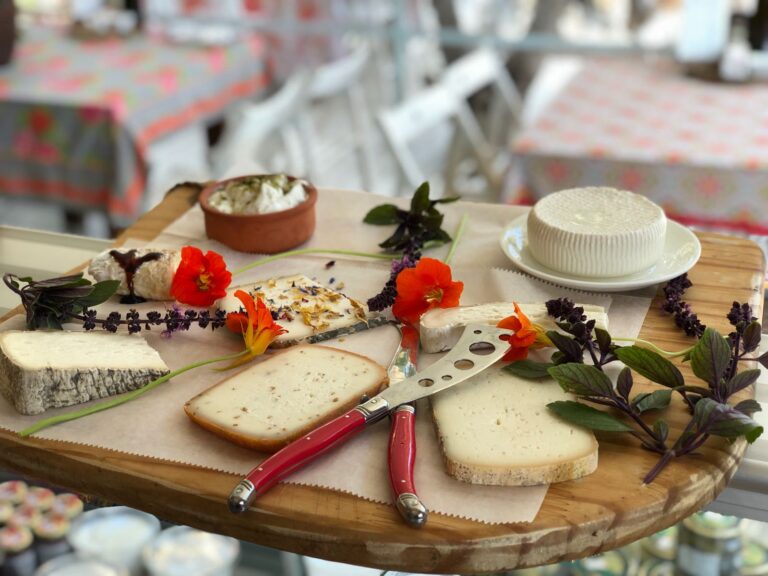 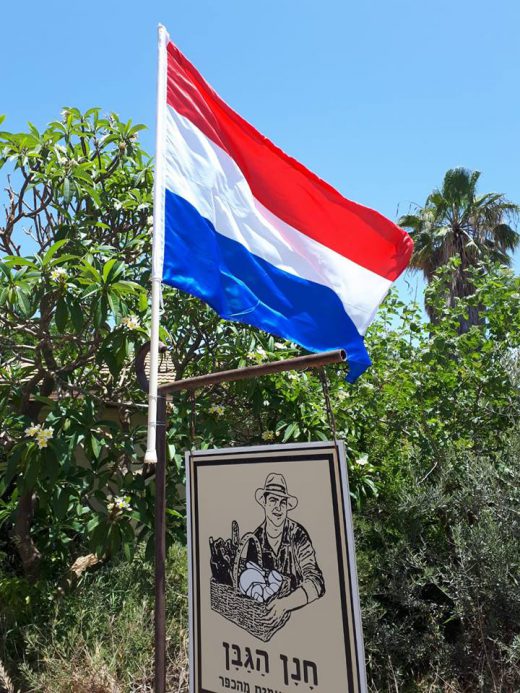 The Dutch ambassador and his wife visit Hanan Hagaban’s fromagerie 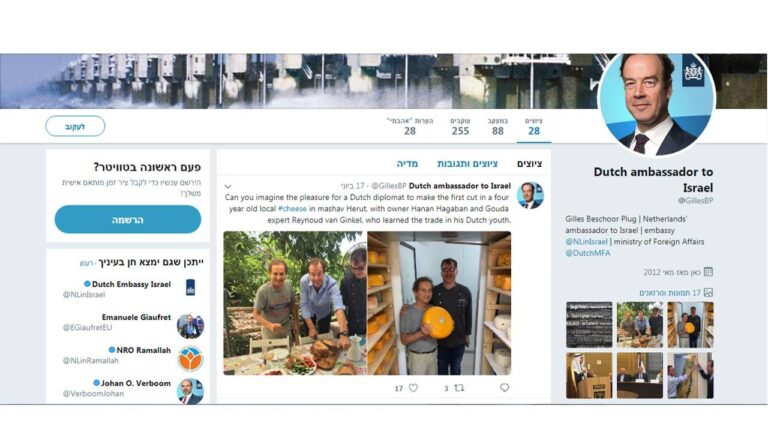 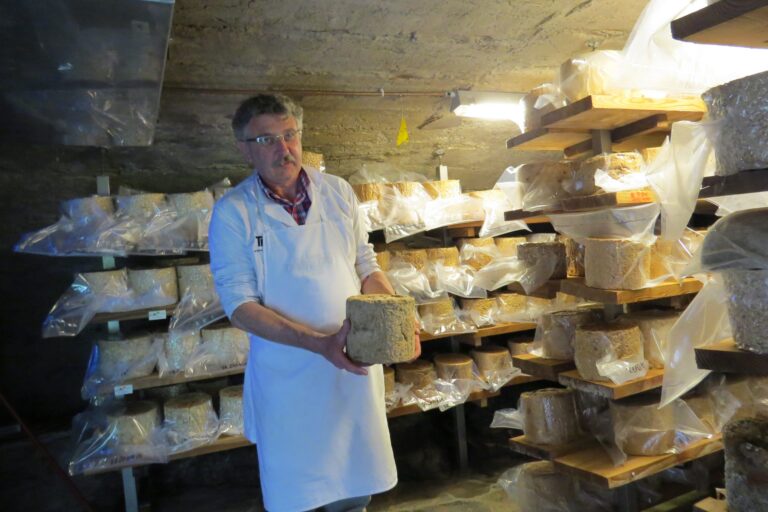 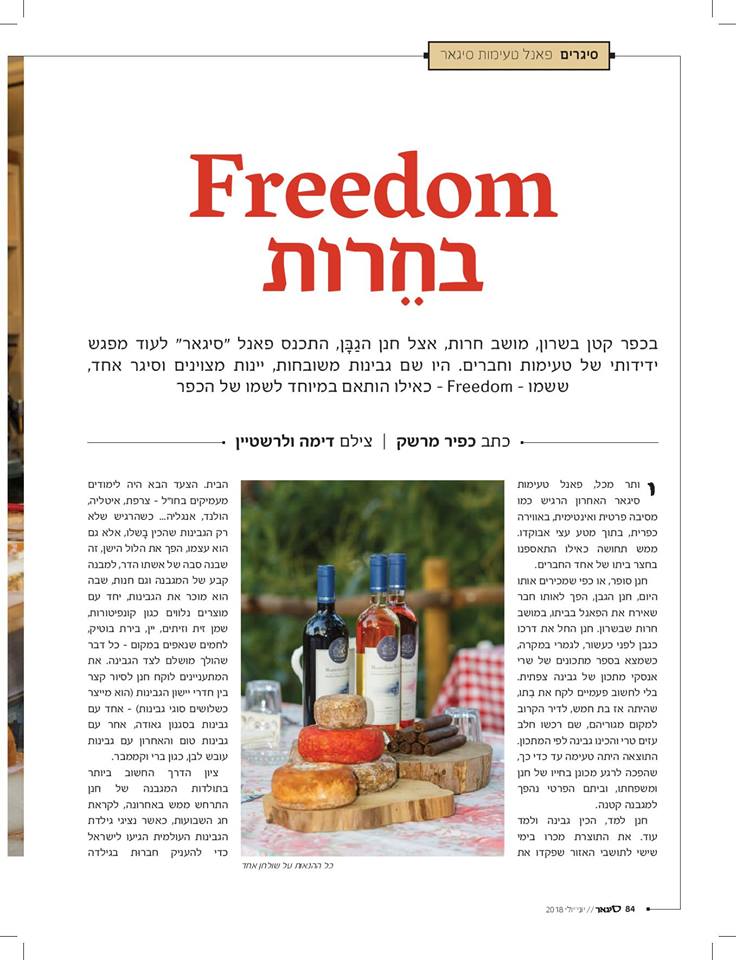 5% discount when you type הנחת אתר